Most of us carry around at least one PCB in our mobile phone. Right from the everyday gadgets to the highly advanced satellites, PCBs have become omnipresent. That will give us an idea about the demand for PCBs and their paramount importance in this digital age.

Manufacturing a PCB involves many challenges on the technical front as well as on the supply chain management side. As the sophistication of the gadgets increases, the complexity involved during design and development also increases exponentially. The traditional practice is to design and develop a prototype, then test and debug it before going for the next version of the prototype. This iteration goes on until a completely functional prototype PCB is constructed. Putting this prototype into the production line is a different story altogether. More than the direct costs involved in these iterations, the time consumed is a deciding factor to opt for a different approach, as the current competitive market scenario demands the ‘Right the first time’ approach.

A progressive course
In conservative approaches, it is common to carefully consider the electrical, mechanical, fabrication, assembly and testing aspects of the PCB to define the specifications and constraints at the design phase. However, this approach lacks an overall perspective on the ill effects that the PCB could end up adding to the circuits. The operating frequency/data rates are going higher and higher, logic voltage levels are getting lower, and in this scenario, the parasitics in PCBs can severely damage the signals. The engineering community has become increasingly aware of these problems and is actively deploying counter measures in the design phase, as much as possible. During the testing phase, the parasitics in PCBs and their impact on signal performance can be measured and fixes can be applied to the design by adjusting the layout parameters, at the cost of just one additional prototype iteration.

Simulate to foresee
Board-level simulations are getting popular. This is a way to simulate and see the measurements well before starting the fabrication. This progressive approach saves the time that might have been spent on numerous iterations in board bring-up and enables the ‘Right the first time’ approach. Name any present or near-future interface—DDR4/5, PCIe 3/4, Type C USB, MIPI, QSFP+, etc—they all operate at data rates of several Gbps. The recommended approach is to simulate all these types of high speed interfaces before fabrication in order to ensure the intended performance.

Most of these interfaces require simulations to find out the hardware and firmware parameters to bring-up. For example, to configure a PCIe interface, the equalisation tap values will be required, which can be obtained through simulations.

Nowadays, the electrical equivalent models of almost all the ICs and connectors involved in the high-speed applications are readily downloadable, which further makes the simulation more accurate vis-a-vis the actual measurements—and sometimes even better.

Automation on the production floor enables mass production within the best timelines. For example, in assembly, if all the components in a PCB can be placed by automatic pick-and-place machines instead of manually, not only is the speed and accuracy high, but so is the consistency.

Effective supply chain management is mandatory to enable production in mass volumes. The raw materials for PCBs and the electronic components should be pipelined to the fab and assembly houses on time. A delayed delivery of even one single component, like a resistor, can delay shipping of the product.

Design for perfection
The recipe of bringing-up a PCB is open, of course—the devil is in the details. The core idea is to have seamless integration between the different functional teams. The co-working model between the circuit/hardware engineer, the board designer, the fab house, the assembler, the mechanical designer, the signal integrity engineer and those in the supply chain, lays the foundation for exemplary PCB designs.

There are always trade-offs between cost, time and performance —experience and impeccable engineering knowledge will help to make a better call. For instance, the same device will be available in different packages; based on size, target PCB layer counts, via technology (through-hole or blind/buried), etc, you may need to decide which one will fit your requirement.

Today’s electronic design automation (EDA) tools are offering much more sophistication when it comes to laying out a PCB. Make the most of it—by not only focusing on your own extensive tool knowledge and the highly trained/skilled workforce available but also bringing in customisation. Most of the EDA tools offer APIs and build automatons, hence customising the tools to meet your regular design challenges and requirements. 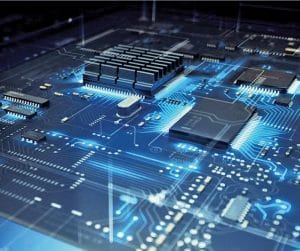 While defining the specifications and constraints in PCB design, always derive them based on the requirements of mass production. What works well for prototype processes may not be apt for mass production. For instance, during prototyping, component placement on the board needs to be fully feasible for automatic assembly. A couple of components might not get placed/soldered by automatic assembly—the prototype vendor could have fixed it by manual soldering and not informed you about this. But when the same design gets into mass production, fixing all the boards manually in assembly will delay time to market.

By the way, following standards makes everything clear for everyone. The defined values and parameters enable the process to remain consistent and transparent. In the PCB industry, IPC (Institute for Printed Circuits) is one of the popular standardisation organisations. Its standards are accepted worldwide and are like a common language for the designer, fabricator and assembler. Standards also greatly help in qualifying vendors and the products (boards) manufactured.
East Asia is known as the manufacturing hub of the world. India is yet to become a powerhouse in this field so we have a lot to learn from our Asian counterparts, who dominate the industry. Even while the industry is growing rapidly, only a part of our PCB needs get fabricated domestically. The two key areas to focus on in order to encourage manufacturing in India are to ensure the advanced machinery required for fab/assembly houses is manufactured in India and also the electronic components need to be fabricated domestically. Local OEMs will enable more domestic EMS and hence increased mass production capabilities. We need to develop a more effective ecosystem and there are huge opportunities for engineering entrepreneurs to meet the local market’s requirements.