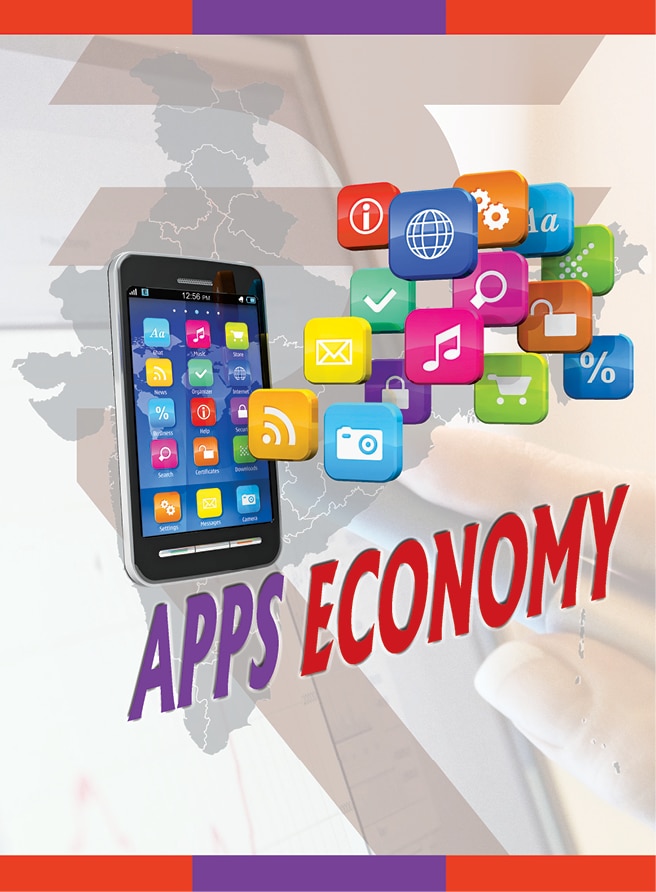 When the Indian app ecosystem took off in 2007, nobody expected it to become such a big revenue generator. But with apps currently contributing 5.6 per cent of India’s GDP, is it time this segment of the IT space got more attention?

India’s mobile and technology market is booming. In a statement issued jointly on March 28, 2018, by the India Cellular and Electronics Association (ICEA) and India’s minister for electronics and IT, Ravi Shankar Prasad, it was confirmed that, “India has now emerged as the second largest producer of mobile handsets, by volume.”

Currently, the nation boasts of over a billion mobile subscribers, and around three-quarters of the population has access to this device. The mobile phone is playing a pivotal role in the lives of people and is helping India in playing an important role in the global economy. In several developing countries like India, people possess a mobile phone before they get a bank account, or access electricity and clean water. Smartphones, coupled with cheaper Internet, have provided Indians with basic access to education, health related information, entertainment, online banking services and e-transactions. This has established India as a ‘mobile first’ economy. The tremendous growth in the number of mobile phone shipments and in the manufacturing of related hardware has strengthened India’s trade and financial position. Along with all this, it must be noted that mobile apps are now playing a big role in the economy.

The growth of the app economy is nothing short of extraordinary in India. App Annie recently ranked India as the fourth largest app economy in the world. “With over 94 per cent of the subscribers connecting to the Internet on their cellular device, it is no surprise that India is leading the global phablet revolution. Internet and Internet based applications have dramatically transformed the architecture of economic activity,” says T.V. Ramachandran, president, Broadband India Forum.

A recent survey report from the Indian Council for Research on International Economic Relations (ICRIER) reveals that there was a 17 per cent increase in the total Internet traffic in India in 2015-16, which contributed to an increase of ₹ 7 trillion in GDP, of which at least ₹ 1.4 trillion was due to Internet based apps. This amounts to a contribution of 5.6 per cent of India’s GDP in 2015-16. It is speculated that the Internet’s contribution will escalate to 16 per cent of the country’s GDP by 2020, of which apps will contribute about half. Last year, a collaborative study by Broadband India Forum and ICRIER pointed out that a single app often delivers multiple socio-economic benefits—sometimes a combination of economic and social development, and sometimes different aspects of economic growth or social upliftment.

“The fundamentals of the economy are currently shifting and we are witnessing the transition at the moment. Apps play a very important role in this transition. We may not be creating new jobs, but a lot is being driven by apps. For instance, look at the growth in the logistics business due to app-commerce, driven by Amazon and Flipkart. At the same time, look at how aggregator services ranging from Ola and Uber to Swiggy, Zomato and Dunzo have resulted in so many jobs for owners of cars and bikes,” remarks Faisal Kawoosa, founder and chief analyst, techARC.

Origins of the Indian app economy: A huge revolution
The beginning of a bustling app economy dates back to 2007 when the Cupertino tech giant, Apple, introduced its first iPhone globally, following which it set up its App Store in 2008. Experts claim that since 2008, the usage of apps has started growing on a massive scale. Mobile researchers and App Annie analysts discovered a year back that downloads of apps have escalated to 194 billion in 2018, up from 178 billion in 2017, globally. Both the Apple App Store and Google Play store dominate the app economy. But App Store was the world’s first successful app market, which also successfully distributed digital platforms.

Competition, triggered by technological advances such as the development of Wi-FI enabled smartphones and the emergence of special online stores, allowed content developers to bypass an operator’s network. This weakened the latter’s grip on the app ecosystem. These developments encouraged the shift from a telecom operator controlled network to Wi-Fi as a means of content delivery. This marked the inflexion point for the app revolution. For its part, Apple permitted any developer in the public domain to design apps for the App Store and offered a flat 70 per cent of the total revenue to developers. By contrast, telecom operators had adopted a 30:70 revenue share model, in their favour.

Eight years back, Vodafone offered higher revenue shares to developers to popularise apps. Content thus became more easily discoverable, and the App Store represented a one-stop shop which interfaced between many developers and buyers. The model of having a single platform to disseminate and facilitate the payment for apps has been so successful that Apple’s competitors, which include Google, Nokia, Research in Motion and Microsoft, launched their own app stores. Other aggregators such as Vserv provide app developers with fresh avenues for monetisation.

According to ICRIER, the major contributions of apps in India in the past few years are as follows:

The growth of apps in India
Even during the first quarter of 2018, ET reported that India had turned into one of the world’s fastest growing markets for apps on both Android and iOS. The nation has now surpassed the US in this field, with the highest number (40) of app downloads per month per person, claims mobile marketing analytics platform AppsFlyer. Even the average number of installs per app jumped three times higher than the previous year, in January 2018, the research report stated. It’s mostly entertainment and video streaming apps that are downloaded. A spokesperson for App Annie said to ET, “India is the fastest growing of any app market. Its Q1 Y-o-Y growth in 2018 was 41 per cent, while Indonesia ranked second with revenue growth of 24 per cent, and Albania came in third at 23 per cent.”

“India is the second largest app market, ahead of the US, in terms of the number of downloads. The availability of affordable smartphones, clubbed with cheap 4G data plans, has revolutionised the overall consumption of apps in the last two years. Mobile apps have opened up a plethora of opportunities across all sectors, from B2B to B2C (including retail, delivery services, entertainment, banking, and even dating and matrimony). Businesses are increasingly shifting their focus to digitally-connected consumers who use mobile apps as a key enabler. This allows a more targeted approach for businesses while opening up huge opportunities for app-based marketing and for analytics firms as well,” says Hanish Bhatia, senior analyst, devices and ecosystem, Counterpoint Research.

AppFlyer’s survey, which was done between January 2017 and January 2018, mentions that Indians spent about 170 minutes per day on mobile apps. By March 2018, the country had witnessed 4 billion app opens of 950 apps, US$ 400 million in app revenue, and over one billion app installs. This is simply because the popularity of smartphones grew massively across India in a very short span of time, because of the lower price of the device. In India, the total number of shipments of smartphones in Q3 2017 was 39 million, a 40 per cent increase in number from Q2 2017.