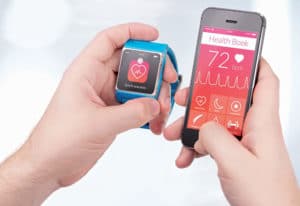 As technology advances rapidly, providing cutting-edge functionalities in smaller form factors, wearables are becoming a very essential part of our lives. These sophisticated devices are equipped with smart sensors and associated with the exchange of data over the Internet. Being an emerging trend, wearable devices fit into our changing lifestyles and can be worn on any part of the body. We now have smartwatches, head-mounted displays, smart clothing, ear-worn devices, fitness trackers, and body cameras, to name a few.

A wearable device is used to track a user’s vital signs or capture data related to health and fitness. As we move towards a more technology-oriented world with improved connectivity, these devices are expected to soon become ubiquitous. Though these devices are gaining popularity globally with certain segments of the population such as the fitness-oriented consumer, the market within India is still at a nascent stage.

Factors driving growth in the wearables segment
Technology advances, the decreasing cost of manufacturing wearable devices, higher levels of health awareness, user-friendliness, and the entry of large companies into this segment are the most pivotal factors driving the growth of wearable technology. A lot of industries such as healthcare, defence and entertainment, among others, have adopted this technology. Activity trackers and smartwatches are very popular today as they have various functions and offer tangible health benefits.

It has been observed that wearables are very popular among those over 25 years. Also, as obesity has become a major issue across the country, people are opting for wearable technology to track their health and fitnessrelated data. Some such devices have also become a trend among college students.

Internationally, style, fashion and convenience are some of the key factors that guide user preferences. Numerous OEMs have understood this aspect and are coming out with a range of devices in various price segments, depending on the requirements in the market. Despite manufacturers shifting their focus from fitness trackers to smartwatches, wearable technology has remained the top health and fitness trend for the last two years.

Growth of the wearables market
The Internet of Medical Things (IoMT) is predicted to grow at a significantly higher rate during the forecast period 2018-2023. Research indicates that the global market for medical wearable technology will be worth US$ 8 billion by 2020. According to IDC, the Indian market for wearable devices grew by 30.9 per cent in 2019, with Apple, Samsung, and Fossil emerging as some of the most popular wearables brands. In 2019, the wearables industry registered a 25.8 per cent increase in sales in Q2 globally, which amounted to about 255 million units. The global market for wearables grew by 82.3 per cent in the fourth quarter of 2019, reaching a new high of 118.9 million devices! Over the next three years, it is the healthcare sector that is expected to drive the entire wearable devices and technology market, because of the availability of cutting-edge products for health and fitness.

Challenges
The technology industry is constantly evolving, offering new products and features faster than ever. There are a lot of expectations for wearables. This technology is still evolving and improving every day. The biggest challenge is to include new health-monitoring features into smaller form factors that you can wear on your wrist. Apart from wristwear, the market for other types of wearables hasn’t grown much. Also, as the products are typically dealing with preventative healthcare, they need to go through many regulatory approvals. Currently, the wearables market needs attention from all major tech and health players as it requires significant investments in R&D in order to make these devices relevant to a larger audience. As these players add new and more relevant use cases, consumers will grow to become dependent on them, hence strengthening the market. 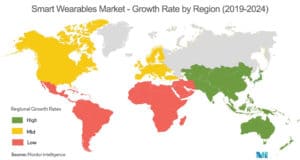 The market leadership of smartwatches is expected to be challenged in the next few years. Some experts expect that ear-worn devices could become more popular than smartwatches soon, specially given the success of products such as Apple’s AirPods and Samsung’s IconX. 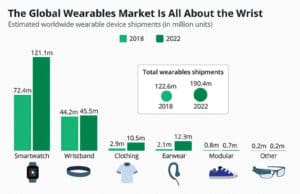 The future of wearable technology
According to experts, consumer electronic brands will continue to lead the market, while the market share of traditional smartwatches is speculated to grow by 20 per cent by the end of 2022, due to the introduction of more fashionable and stylish products. According to research and market reports, the CAGR of the global wearable devices market is forecast to be 11.3 per cent from 2019 to 2025, to reach US$ 62.82 billion by 2025. Mordor Intelligence has reported that the smart wearables market is expected to reach 614.31 million units by 2025.