In terms of vertical, the IT and telecom segment dominated the market in 2020 and is expected to register the highest revenue-based CAGR over the forecast period

The global server market size is expected to reach USD 145.31 billion by 2028, according to a study conducted by Grand View Research, Inc. It is expected to expand at a CAGR of 7.8 per cent from 2021 to 2028. The demand for servers is anticipated to grow considerably over the forecast period owing to the growing focus on the timely update of IT infrastructure worldwide.

The rising adoption of data analytics among enterprises to understand consumer trends has resulted in the growing adoption of IT networking equipment. Furthermore, the rollout of 5G networks and technologies such as the Internet of Things (IoT), cloud computing, and virtualization is expected to fuel the demand for high-performance computing servers.

It is worth mentioning here that the government of India has recently introduced a Production Linked Incentive Scheme (PLI) for manufacturing of IT hardware products in the country. The scheme, promising hundreds of crores in incentives, also encompasses manufacturing of servers locally in India.

The rising preference for contactless payments and remote working amid the COVID-19 pandemic is expected to drive the need for high-speed data processing and storage capacity across various industry verticals. Advanced technologies have paved the way for connected appliances and autonomous vehicles, which has prompted IT infrastructure companies to opt for the latest, advanced storage solutions, including flash memory and solid-state drives (SSD), for storing crucial business data.

Meanwhile, the demanding and changing configurations required by cloud service providers are driving the demand for servers. For instance, in May 2020, Facebook released its third generation Yosemite scalable server, which is equipped with Cooper Lake CPU and six memory modules. Such developments are expected to cause an increase in the average selling prices of servers, which is expected to subsequently benefit the market growth.

The market is witnessing increasing competition between OEMs and Original Design manufacturers (ODMs). OEMs are the companies that manufacture servers as well as sell them through resellers and distributors, while ODMs design and manufacture similar servers and directly sell them to the customer. Besides, ODMs cater to the demand for servers customized according to the user configuration. The increasing demand for customized requirements is expected to drive server sales through ODMs.

The market is characterized by intense competition among established market players. Key market players are focused on product innovation and the introduction of new technologies to their server portfolios. For instance, in September 2019, Dell EMC introduced new products in its PowerEdge server portfolio. These new servers are equipped with 2nd Gen AMD EPYC processors, which help to easily manage the platform and offer superior performance to the user. The new servers are built specifically for modern data centers for multi-cloud approaches.

By product, the rack segment held the dominant revenue share in 2020 and is expected to maintain its lead over the forecast period. Rack servers can be configured to support specific applications and a wide range of requirements. Additionally, these servers are compact and can be fitted in small closets. These factors are expected to drive the consistent adoption of rack servers. Based on enterprise size, the large segment dominated the market in 2020.

This can be attributed to the large data volumes handled by large enterprises and the high investment capital available with these enterprises for deploying sophisticated IT infrastructure.

This can be attributed to the increased adoption of high-end IT infrastructure in the sector to handle large data volumes, which require high processing speeds.

Asia Pacific is expected to witness the fastest growth in terms of revenue over the forecast period in line with the rapid development of IT and communication infrastructure and the continued rollout of 5G networks. The market in the region is also expected to benefit from a rise in digitization across several industries and sectors in China, Japan, and India 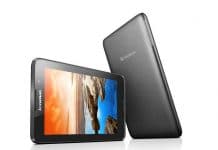 Global Tablet Market Grows By 55.2 Per Cent, Shipments Up To Almost 40 Million: Report