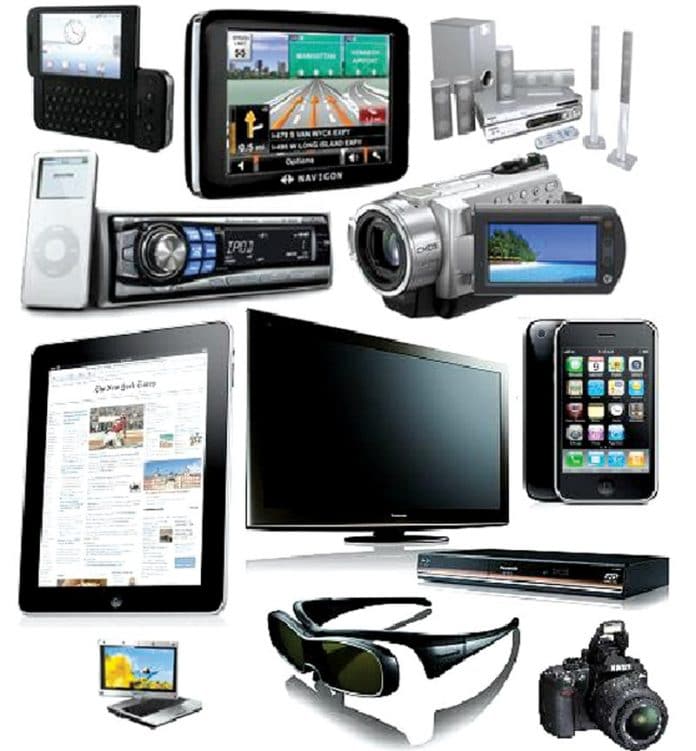 India’s appliance and consumer electronics sector is expected to reach US$ 20.6 billion by 2020 at a compound annual growth rate (CAGR) of 13.4 per cent. This in turn creates huge opportunities for manufacturing and employment

The Indian consumer durables market, including consumer appliances and consumer electronics, is booming. With an affluent middle class and the country’s economic growth on a rapid track, this sector has never before witnessed such amazing growth. According to a report published by global consulting firm Ernst & Young (E&Y), India’s appliance and consumer electronics sector is expected to reach US$ 20.6 billion by 2020 at a compound annual growth rate (CAGR) of 13.4 per cent (Fig. 1). The consumer electronics sector plays an important role in the country’s economy and also creates employment opportunities to millions of people.
This discourse will provide an overview of India’s consumer electronics market, focussing primarily on growth drivers, opportunities and disabilities to local manufacturing.

The demand side
In India, the consumer electronics and durables market is considered a high-spend priority sector that accounts for more than 40 per cent of end consumer spending and contributes more than ₹ 150 billion to state and central government revenues, as per IBEF analysis. Urban markets account for the major share (65 per cent) of total revenues in the consumer durables sector in the country (Fig. 2), according to CEAMA report and E&Y analysis. Demand in urban markets is expected to increase for non-essential products such as LED TVs, laptops, split ACs, and beauty and wellness products.
However, future growth will predominantly come from rural markets. The rural market representing approximately 69 per cent households of the country, augments huge demand for the consumer durables industry, specifically for first-time purchases. Around 50 per cent of the rural population owns TVs, eight per cent owns refrigerators and around one per cent owns washing machines. In rural markets, durables like refrigerators as well as consumer electronics goods are likely to witness growing demand in the coming years as the government plans to invest significantly in rural electrification.
Overall, the market for white goods (washing machines, ACs, refrigerators, etc) and TVs has been increasing and is expected to grow underpenetrated (Fig. 3). Considering that in the past few years, the consumer durables market in the country has been continuously flooding with a plethora of products with diverse features and advanced technologies, the replacement cycle has reduced from nine to ten years to four to five years for most of the goods in this sector. This, in turn, increases the opportunity for replacement purchase.
In spite of huge demand, India is still a highly-underpenetrated market for this sector as compared to the global average (Fig. 4). There is a huge scope to enhance local consumption and market penetration by encouraging first-time purchases through primary sales, specifically in the rural market. Secondary (replacement) sales will remain predominant in the urban markets. Moreover, reduction in the total cost of ownership can also boost market penetration.

Scope for manufacturing
The Indian consumer electronics market has been growing big, primarily driven by imports as the manufacture of consumer electronics is insignificant here. There has been a continuous rise in imports (Fig. 5) from low-cost regions such as China and South East Asia due to various free-trade agreements and availability of products at a lower cost as compared to costs incurred in local manufacturing. As a result, this sector has been contributing to the current account deficit of the country.
Considering the economic factors and government impetus (Table I) in line with Make in India vision, the country is well-positioned to increase its manufacturing base in this sector. Many large global companies have started considering India as the regional hub for manufacturing to serve domestic markets and also to export to SAARC and Middle East and African markets, in order to gain scale and make Indian operations viable.
To meet the rising local demand and export demand to neighbouring regions and Middle East and African markets, companies are planning to expand their local manufacturing in India and make the country an export hub. Major Indian and global consumer durables companies have announced investments of around US$ 1.4 billion over the coming years in India.

Policy boost for Make in India
The government of India has increased liberalisation that has favoured foreign direct investments. Also, policies such as National Electronics Mission, digitisation of TVs and setting up of electronic hardware technology parks are expected to boost manufacturing in this sector. Even manufacturers on their part are willing to invest in India and increase their manufacturing base in the country.
In Budget 2015-16, in order to encourage companies to make products in India, the government eliminated duties on certain components. These include round copper wire and tin alloys used in photovoltaic solar cells, black light modules for use in manufacture of LCD/LED TV panels and organic LED TV panels. Additionally, excise on wafers for use in manufacture of IC modules for smartcards has been reduced from 12 per cent to six per cent.

Manufacturing ecosystem
The manufacturing ecosystem of the consumer electronics sector is still not mature enough. Currently, there is low level of component manufacturing activity in the country, which, in turn, discourages domestic manufacturing of end products. Therefore there is a need to create a component industry to cater to the demand of manufacturers.
There is a good base of contract manufacturers and electronics manufacturing services (EMS) companies. These companies are mostly involved in processes like plastic injection moulding, sheet metal assembly, PCB assembly and box building assembly rather than end-to-end contract manufacturing. Most of these mainly undertake last-mile assembly, and not much in original design manufacturing/R&D designing.
Value addition through supplier and contract manufacturer base in India is quite limited as majority of high-value and critical components are still imported. Average localisation level across products is still at around 30 per cent to 40 per cent, as per E&Y report. However, in certain product categories, localisation is as high as 70 per cent to 75 per cent, but sourcing is completely import-dependent for high-value electronic components/semiconductors across all product categories (Table II).
Locally-sourced components mainly include:
Injections moulding parts
Metal castings and stampings
Motors (low-end)
Compressors (limited volumes)
Electrical components (wiring, plugs and the like)
Packaging material

What is next
Growing demand for manufacturing in the consumer electronics segment represents growth opportunity for EMS industry in the country. In fact, China is becoming expensive and India now has the opportunity to make it as the preferred electronics manufacturing destination. This, in turn, may help the Indian EMS industry to get competitive advantage in the global market.
Considering the importance of EMS in the consumer electronics industry, we took a holistic look on how the growing demand for consumer electronics is driving the EMS industry. Indeed, senior-level stakeholders from within the industry were surveyed recently as part of our monthly industry poll. The analysis is published in October 2016 issue of Electronics Bazaar magazine. It shows that the trend in manufacturing partnership in the consumer electronics segment has been growing steadily as original equipment manufacturers strive to cut costs to maintain their competitive advantage in the face of rapidly-changing market conditions, technological advances and global competition. EMS companies operate as strategic partners to original equipment manufacturers by providing them with a full range of services, which include contract design service, prototyping, final system assembly, configuration, order fulfilment and even after-market services including repair.
By using the services of EMS providers, consumer electronics brands can concentrate on their core competencies such as research and product development, brand building, sales and marketing. Outsourcing to EMS providers also enables original equipment manufacturers to gain access to the latest equipment, process knowledge and manufacturing know-how without having to make substantial capital investments as capital risks are converted into variable costs.