Based on region, Asia-Pacific, followed by North America, accounted for the highest share in 2019, holding nearly half of the global power MOSFET market

“Rise in dependence on electrical equipment & machinery and rise in emphasis on power saving drive the growth of the global power MOSFET market. However, limitations in operations and high cost restrain the market growth. On the other hand, technological advancements and increase in deployment in electric devices present new opportunities in the coming years,” read a report by Allied Market Research.

Automotive segment to witness its dominance

Based on application, the automotive segment contributed to the highest share in 2019, accounting for nearly one-fourth of the global power MOSFET market, and is expected to witness its dominance in terms of revenue during the forecast period. This is attributed to its applications in relays, LED drives, and motors to drive constant voltage and raise the durability of these parts. However, the industrial segment is projected to manifest the highest CAGR of 9.1 per cent from 2020 to 2027, owing to its application in handling high voltage and high current in industrial systems.

Based on region, Asia-Pacific, followed by North America, accounted for the highest share in 2019, holding nearly half of the global power MOSFET market, and will maintain its leadership status by 2027. In addition, this region is estimated to portray the largest CAGR of 8.6% during the forecast period. This is attributed to availability of huge power stations for generating high voltage power, rise in demand for power modules, and presence of various supportive non-profit organizations. The report also analyzes regions including North America, Europe, and LAMEA.

The enhancement mode power MOSFET segment held the largest market share, contributing to nearly three-fifths of the global power MOSFET market in 2019, and will maintain its lead position throughout the forecast period. This is due to its usage in high voltage applications such as rolling mills, welders, and water pumps along with adoption in trolleys in European countries for lowering down the leakage of current and enhancing efficiency.

“However, the depletion mode power MOSFET segment is estimated to grow at the fastest CAGR of 7.5 per cent from 2020 to 2027, owing to its application in consumer electronics devices such as UPS, air conditioners, inverters, and welding machine for its compact size and exceptional ability to control high voltage,” read the report. 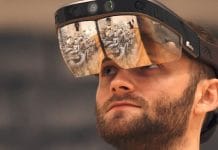 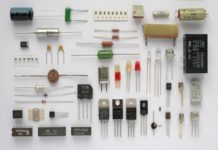