Home Editor's Choice India’s Electronics Industry: One Of The Fastest-Growing In The World 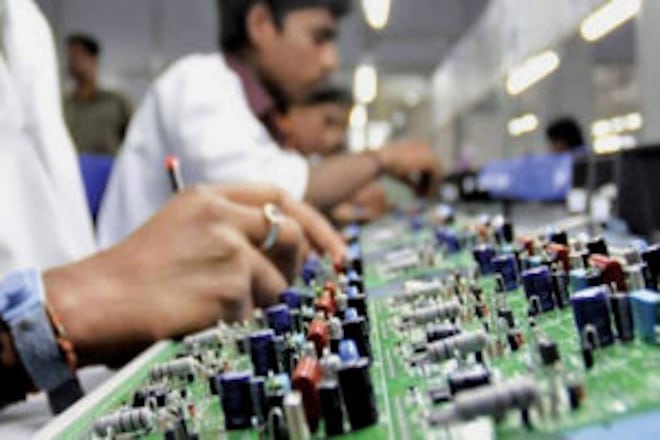 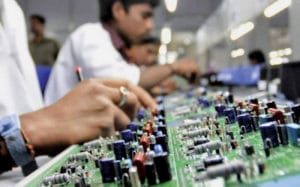 Global shifts in trade policies, like the US-China face-off, as well as the pandemic that has shown that dependence on one country for electronics raw materials can be a dangerous strategy, have given India a chance to step up. It is the opportunity of a lifetime for the Indian electronics manufacturing sector to avail enabling policies and grab global market share.

The electronics industry has seen sweeping changes over the last two decades. These have primarily been in the product domain (across technologies, formats and design), the evolution of the retail environment (from traditional to large-format specialised stores and e-commerce), and an evolving regulatory landscape. The requirements of both the consumers and businesses have evolved, leading to a demand for more innovative products.
The industry’s ecosystem has undergone drastic changes to keep pace with the changing demand patterns. The supply chains are now far more complex, diverse, and optimised to meet the new industry structure. Currently, a significant share of Indian demand is met by imports. But the Indian electronics industry is being ushered into an era wherein the manufacture of several components will be indigenised through regulatory support and incentivised production from the government of India.

The long-term growth potential for the industry is optimistic, primarily because the market penetration is still low, currently standing at single digits for some categories like LED products and industrial electronics. Besides, the positive outlook of higher GDP growth rate, rising disposable incomes, improving physical and social infrastructure (availability of electricity and water), better logistics (facilitated by improved road connectivity), the Digital India programme, and the expansion of retail will provide additional impetus. It is this promise of sustainable long-term growth that has attracted several international brands to India, many of whom have set up manufacturing facilities here.

Specific to the electronics sector, several policies such as Make in India, National Policy of Electronics, Net Zero Imports in Electronics, and Zero Defect Zero Effect, augur well for the industry, as they signal a commitment to growth in domestic manufacturing, lowering import dependence, energising exports, and environmentally-conscious manufacturing. Incentives to attract capital and measures to develop the component supply base (applying the Phased Manufacturing Plan for mobiles to other categories) will have to be sustained at the supply side, while also correcting aberrations in GST on the demand side. Furthermore, despite the lockdown, the government of India has been consistently expanding incentives through the three major schemes it launched in April 2020 with an outlay of ₹ 500 billion.

The electronics industry is one of the fastest growing across the world, set to reach US$ 7.3 trillion by 2025. The Indian market is expected to be second only to China’s, followed by Vietnam, South Korea and Taiwan.

Apart from policies like the Make in India initiative, the National Policy on Electronics (NPE) 2019 and Digital India, the Indian government has also backed the sector with the Electronics Development Fund (EDF), the Modified Special Incentive Package Scheme (MSIPS), the Phased Manufacturing Programme (PMP), Preferential Market Access (PMA), and by rationalising the duty structure.

With the rising manufacturing costs in other economies and the increasing labour costs in China, coupled with the trade war between the USA and China, global organisations are expected to shift their units from China to India to serve domestic and global demand. Thus, it is expected that the Indian electronics industry is likely to increase its share in the global market.

An overview of the Indian market
With the exponential rise in demand and supportive demand conditions, the Indian market is poised to grow considerably in the next five years, primarily on account of growing per capita incomes, the consumption of electronics goods (such as smartphones, consumer electronics, etc), and growing industrial demand.

Gradually, the growth rate in domestic production is outpacing growth in imports, which underscores the government’s focus on endorsing new initiatives for the Indian electronics manufacturing industry. Currently, semiconductors and integrated circuits (ICs) are the major products being imported, as India lacks the required ecosystem and technical know-how to produce them. Given the existing supply chain of electronics manufacturing in India, domestic production of semiconductors and ICs is yet to gain traction.

Here are some key insights into electronics trade in the Indian market:

The major imports included semiconductors, ICs, products for defence electronics, and mobile phones, in both FY 18 and FY 19.

Market segment analysis
The growth in the electronics industry in India is driven by the growth in specific segments. The growth of each segment is, in turn, dependent on the dynamics of the existing ecosystem, the number of organised players, the level of imports, and the government’s focus on the respective segment.

Currently, communication and broadcast devices (mobile phones) as well as consumer electronics together contribute over 50 per cent of the Indian electronics industry’s revenues. The other major segments include industrial electronics (18 per cent) and electronic components (15 per cent).

The industrial electronics segment has been growing on account of the increasing automation of manufacturing facilities coupled with an increasing focus on harnessing renewable energy. Strategic electronics is a closely guarded segment with few significant players and high barriers to entry. The segment focuses on products like defence equipment, radars, satellites, etc.

The computer hardware segment is a small but growing segment, and the growth can be attributed to the demand from SMEs and educational institutions. LED products have constantly been growing on account of the increasing focus on energy-efficient lighting products. There has been a proliferation of brands in this segment focusing on residential, commercial, and industrial products.

Some of the key growth drivers and challenges present in the industry are highlighted below.

Key drivers
Economic growth: India is one of the fastest-growing economies in the world, with the GDP expected to grow consistently. The growing economic activity and deployment of the latest automation technologies across different sectors have positively influenced demand in the industrial and strategic electronics domains.

Government initiatives: The GST, Make in India, and other policies such as Preferential Market Access, have made the business environment far more conducive for local manufacturing. The government’s flagship programmes, such as Smart Cities and Digital India, are also boosting demand for electronic products. In April 2020, the government announced three additional schemes which were notified by the Ministry of Electronics and IT (MeitY), allocating a sum of ₹ 500 billion (~ US$ 7.2 billion) in total, for incentives under the schemes. These incentives are expected to bolster the local production of electronics and promote anchor companies in the major electronics clusters in India.

The three schemes are:

Evolving technology and innovation: Rapid technology advancements and newer products with upgraded technology have led to shorter life cycles for electronic products. Also, changing customer attitudes and consumer-to-consumer websites, such as Olx and Quikr, have made it easier for customers to replace their existing electronic devices with newer products.

Increased demand for high-speed data has also contributed towards burgeoning demand for high-end smartphones. This rising preference for advanced technology products has driven rapid innovation in consumer electronics. Emerging technologies such as IoT, AI, and the introduction of robotics and analytics in the industrial and strategic electronics segment, have all led to the overall development of various electronic products, which has given a boost to local demand.

Challenges
A complex value chain: The electronics industry is constantly changing due to disruptive innovation, thereby increasing the pressure on the value chain to upgrade continuously. The sourcing and contractual interdependencies between OEMs and suppliers are now more complex due to the highly advanced technology of the components, the number of components required for a single finished product, the level of aggregation or assembly required, and the need to adapt to changes in product design. The Indian ecosystem for electronic components is still evolving and has a long way to go.

A capital intensive industry with inadequate raw material availability: The electronics industry is primarily dependent on the number and competence of domestic chip fabrication centres (fab centres). Fab centres require a dedicated ecosystem, which involves investment, the know-how of chip fabrication, raw material supplies, continuity of demand, and unit upgradation competence. Given the current scenario, India lacks most of the necessary ammunition for the development of domestic chip fabrication units. Thus, the design and development of electronic products are often outsourced to ODMs (original design manufacturers) in other countries with stronger designing and manufacturing capabilities.
Sustainability: Emerging regulations and standards for cleaner and greener technology are forcing companies to be accountable for the manufacturing process as well as the final product. The entire recycling and disposal process for electronics needs to be considered as a vital part of the product life cycle.

E-waste management: India ranks fifth globally among top e-waste producing nations. The exponential increase in the quantum of e-waste is driven by the rise in usage as well as the growing pace of upgrades. Consumers are discarding old PCs, mobiles, tablets, and other electronics a lot sooner than before. However, with the awareness campaigns by MeitY, e-waste management is gradually being taken seriously in the industry.

The Indian market growth has predominantly seen consumption-driven growth in the last several years. However, the government’s support for the industry has been strong, with numerous conducive policies. Growth in our electronics manufacturing industry will establish India among the leading economies of the world. With this goal, it is expected that the growth momentum will be sustained over the coming decade.

As per a report published by the World Economic Forum, “The vision for the future of consumption in India is anchored in the growth of the upper-middle-income and high-income segments, which will grow from being one in four households today to one in two households by 2030.”

These new consumers will drive the demand for consumer appliances, such as air conditioners, washing machines, and others. These product categories are also the cornerstone of the boom in consumer electronics sales. While the growth is predominantly consumer-driven, the industry is also expected to drive innovation to increase the share of electronics across several applications. In the automotive industry, the government has released a draft notification to ban all internal cumbustion engine powered two-wheelers and three-wheelers by 2023 and 2025, respectively.

The proposed change has created the momentum to attract EV companies (manufacturers and their suppliers) to explore investments in Indian manufacturing. Similarly, a newer technology like 5G is likely to drive growth and consumption of the Indian electronics industry.

With future investments in semiconductors, electronic components and ICs, India is looking set to welcome another wave of growth in the electronics sector. This transition will be fuelled by a large young population, increasing research initiatives, and favourable investment policies. The impetus provided by the government will give further encouragement to domestic manufacturing as India prepares to be the next global hub for electronics production and exports. 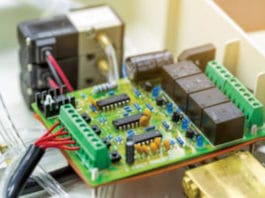 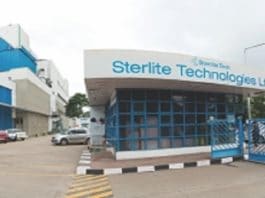 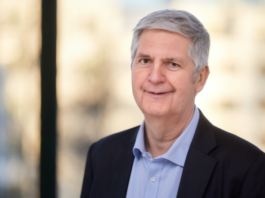 “We Are Going To Invest More In Indian Resources In Coming...