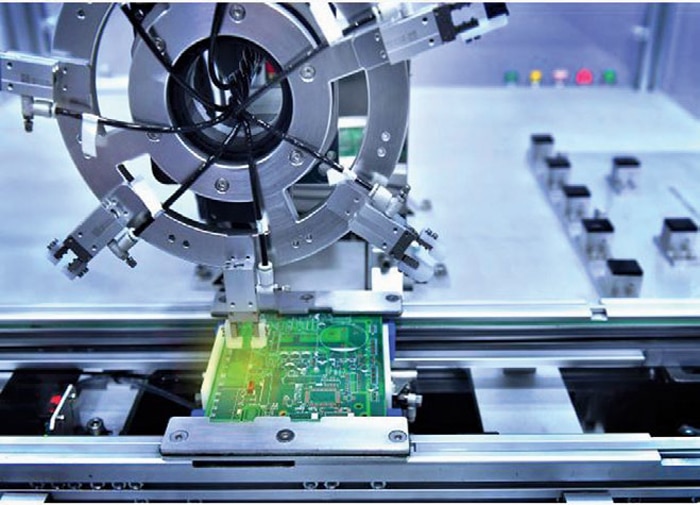 According to the India Electronics and Semiconductor Association (IESA), domestic demand is the major driving force behind the robust growth of India’s electronics industry. The growing middle class and rising disposable incomes play an important part in this. To cash in on this opportunity, the Indian government has raised the import duty on PCBAs. The aim is to give a push to local manufacturing of PCBAs and increase employment opportunities in the bargain.

Over the past couple of years, the demand for PCBs has increased significantly in India owing  to increasing investments in digitisation and other government schemes. According to various experts, this market is projected to cross US$ 5.35 billion by 2023, exhibiting a CAGR of  17.7 per cent during the period 2018-2023.

Since 2014, the government of India has launched numerous initiatives and programmes to  boost PCB manufacturing. By simplifying taxation and lessening bureaucratic impediments,  the ‘Make in India’, ‘Digital India’ and the ‘Phased Manufacturing Programme’ have helped multinational and local manufacturers to set up their production units in the country. The government feels that these initiatives will impact scores of end-use industries like electrical, automotive, etc, and will ultimately lead to a booming PCB industry in India.

In September last year, the global PCB industry was valued at US$ 60.2 billion. The worldwide CAGR of the PCB market is expected to be 4.3 per cent (between 2019 and 2024). Market experts have proclaimed that the APAC region is the largest contributor of PCBs, accounting  for 90 per cent of overall global production. According to the IMARC Group, the Indian PCB  market was worth US$ 2.37 billion in 2018. Looking forward, the PCB market in India is  projected to reach US$ 6.33 billion by 2024, exhibiting a CAGR of 17.9 per cent during  2019-2024, the IMARC Group study reports. 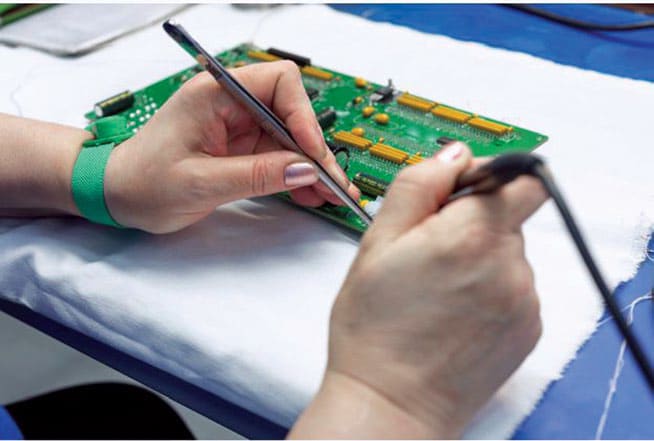 ELCINA had reported a couple of years back that the demand for PCBs in India would grow at a CAGR of 20.56 per cent in the 2015-2020 period and cross US$ 6 billion by 2020. The global PCB market is expected to reach US$ 76.9 billion by 2024, as per a report published by Energias Market Research. As more chipsets and sensors are used in smart gadgets, the  size of most PCBs has also reduced to a quarter of their earlier size.

A report by electronicsb2b.com has stated that only 35 per cent of the demand for PCBs in  India is met by local manufacturers. And for the remaining 65 per cent, India is still dependent on imports. The current demand of US$ 2.38 billion represents the combined demand for both the bare board and the populated PCBs. The current market size for bare board PCBs is US$ 1.2 billion, and only 30 per cent of this demand is being met by local manufacturers, with the remaining 70 per cent being imported. There are around 200 PCB manufacturers in India, with more than 60 per cent of them being very small and in the unorganised sector.

The PCB market is growing due to massive capital investments, and the demand for  smartphones and tablets in the IT and consumer electronics domain. The rapidly growing demand for smart wearable devices is also proving to be a key opportunity in the worldwide PCB market.

Current developments in the PCB market A couple of months back, before
the announcement of the Budget, the government had announced that it would be increasing the import duty on PCBAs to 20 per cent from 10 per cent, and on mobile chargers from 15 per cent to 20 per cent. This has been done to promote local manufacturing in India. The government estimates that this decision will help increase local production of PCBAs by more  than 100 million units and chargers by 50 million units. Currently, around 160 million PCBAs  are produced locally every year, according to a report by ET. As of now, a majority of smartphone manufacturers import PCBs equipped with components into India and then assemble them locally.

Apart from taking steps to boost local manufacturing of PCBAs, the government and industry leaders have also undertaken various steps to increase the number of PCB assembling un its in India. One of China’s biggest handset and telecom firms, Huawei, has said that it has begun its PCB assembly unit by commencing its SMT line in association with Flex, its contract manufacturing partner, in Sriperumbudur near Chennai. Huawei has also expanded the capacity of the plant to support growth and enhance employment opportunities. Because of the import duty hike on PCBAs, several mobile companies have increased the prices of their products. Xiaomi, India’s top-selling smartphone brand, also increased the prices of its  television sets and mobile phones. Like Huawei, Xiaomi has also started PCB assembling in Sriperumbudur in association with Foxconn.

The increasing import duty on PCBAs has led Foxconn to commence its own PCB assembly units in India that will help its clients such as HMD Global and Xiaomi get a price advantage over their rivals. Prior to the increased import duty on PCBAs, Samsung was the only major company assembling its PCBs in India.

The government has clarified that this decision will benefit India in the long run and could even  entice the tech giant Apple to expand its limited manufacturing and assembly units in  India. The move could also encourage Samsung and domestic firm Lava, which have already invested in new machines to mount components on PCBs. However, any decision to  introduce the duty on PCBs could increase the possibility of trade wars with numerous   countries. After India increased the import duty on PCBAs, the US, Canada, and China raised this matter at the World Trade Organisation (WTO).

The challenges of manufacturing PCBs in India
Currently, the output of the Indian PCB industry is less than 1 per cent of the global capacity. Even though the government has announced numerous schemes and initiatives to boost PCB assembly and manufacturing in India, the sector still faces various hurdles. The biggest challenges are:

There are a few other challenges as well.

Increasing demand for smart electronic equipment: For the past few years, the demand for smartphones and smart gadgets has increased tremendously. IoT technology, too, is evolving very fast and affecting everything from microwaves to vehicles. For PCB manufacturers, this could be a great opportunity to generate revenue. The challenge they will face is in making scalable and connected products for customers.

Green electronics: Companies are now looking for more green and eco-friendly  manufacturing solutions, and plan to introduce more carbon caps or carbon trading plans. The new challenges for PCB manufacturers are to look for new and innovative manufacturing processes and raw materials that are more environment-friendly.

The requirement for  enhanced logistics: One of the essential requirements for reaching the market soon is seamless logistics—for the swift delivery of both regular production output as well as prototypes. Hence, the major challenge for PCB companies is to look at the prospect of micro logistics, which would ensure fast delivery of products to customers. To  carry out this plan successfully, PCB companies require more investments in logistics.