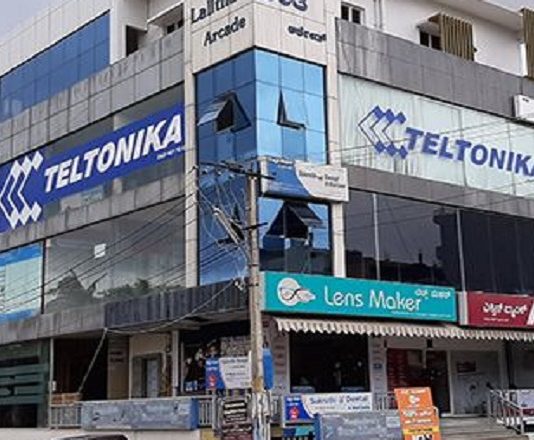 Semiconductor Packaging Estimated at $26.7 Billion in the Year 2020: Report 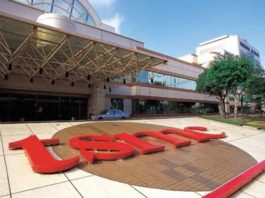 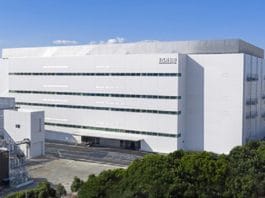 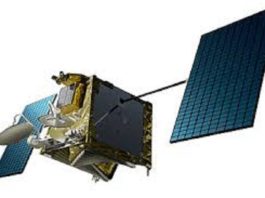 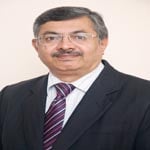 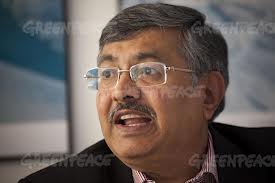 Exclusive admin - September 12, 2011
0
Born in a small town like Hassan in Karnataka could not deter him from reaching for the sky, with the sun as his guiding light. This simple yet intelligent boy would rise to heights, believed his school teachers. His passion for the environment and determination to achieve the impossible has made him the man he is today. Meet the solar man, who believes in the potential of solar energy to build a better world, who lives a simple life in harmony with nature, who aspires to bring light to more than a billion lives, who has great faith in Generation X, and is optimistic about seeing his country on the world map as a super power. In a freewheeling chat with Srabani Sen of Electronics Bazaar, K Subramanya, chief executive officer, Tata BP Solar, looks back with pride at the millions of lives the company has touched and impacted. With about three decades of rich experience, Subramanya is steering Tata BP Solar into an exciting new future. His leadership has made a lasting impact on the solar industry. He narrates the interesting and eventful story of his life, which begins in a small town, but with the backing of a large family.
Read more 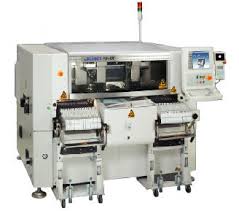 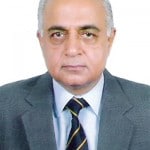 Exclusive admin - August 28, 2011
0
A G Rohira, a successful bankerturned businessman and now, president of ELCINA, has many feathers in his cap. The dynamic 69-year-old shares with us his triumphant journey
Read more 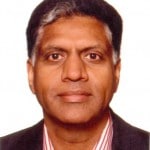 Exclusive admin - August 20, 2011
0
According to a report by ELCINA Electronic Industries Association of India, the electronics manufacturing services (EMS) market is likely to expand to US$ 150 billion by 2015 at a CAGR of 22-23 per cent. This fast growth can be attributed to the rapid growth in aerospace, strategic and automotive electronics sectors, availability of skilled manpower for design and engineering services, large scale manufacturing, raw material procurement and pooling together of resources. Sensing the potential of the Indian market, many MNCs like Foxconn, Jabil, Sanmina-SCI, Elcoteq have set up their shops in India leading to a healthy competition. The domestic EMS companies are not to be left behind. They are also giving a fitting competition to the MNCs. Electronics Bazaar did a survey to ascertain the key and popular EMS companies in India, based on certain parameters like best practices being followed, different services provided, product quality and customer satisfaction. While Jabil Circuit emerged as a clear winner, SFO Technologies, Rangsons Electronics were not far behind. While this list is by no means comprehensive, it does provide a glimpse into many of India’s key EMS companies. We have not ranked them but have only listed in alphabetical order.
Read more

Exclusive admin - August 12, 2011
0
As India envisages becoming a global leader in the manufacturing sector, the soon to be announced manufacturing policy is likely to give this sector a boost.
Read more 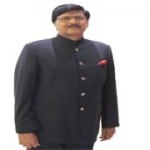 Unstinting support by the industry boosts my confidence: Sanjiv Narayan

Exclusive admin - August 12, 2011
0
There is more to what appears behind the gentlemanly facade of Sanjiv Narayan, managing director, SGS Tekniks. He is a man with strong will power and an indomitable attitude. The reputation, recognition and fame that Sanjiv Narayan enjoys was not earned overnight.
Read more 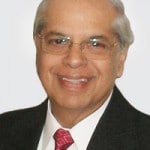 Exclusive admin - August 12, 2011
0
Components manufacturing industry in India has not yet taken off in a big way. India still imports a significant amount of components, even though many multinational companies have set up manufacturing units for electronics products in the country. Today, the country imports about 95 per cent of its components for the electronics industry, pushing the cost of manufacturing to a higher level, and ultimately raising the cost of the end products. Also, since there is no duty on importing components, there are more traders than manufacturers in India.
Read more 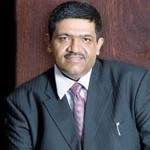 Exclusive admin - July 20, 2011
0
Building up a company or a brand from the scratch seems to be his forte. With sheer determination and hard work Rakesh Malhotra, CEO, Luminous, has conquered almost everything he had wished for in life. Now preparing to play...
Read more 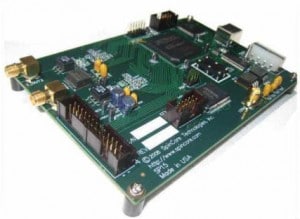 Exclusive admin - July 12, 2011
0
The Indian printed circuit boards (PCBs) industry has witnessed rapid changes in the last few years with the entry of foreign players in the Indian market, who manufacture multi-layer PCBs in large quantities. At the same time, home grown companies have also technologically upgraded themselves to become more competitive in price. According to the Indian Printed Circuit Association (IPCA), demand for PCBs is expected to increase by 20 per cent not only in India, but even across the globe, in the next few years, further widening the demand and supply gap. Though India currently has about 60 large and medium sized PCB manufacturing plants, lack of relevant policies result in insufficient investments in PCB manufacturing. This is also one of the reasons for the short supply of PCBs in India. It is, therefore, necessary for Indian PCB makers to think strategically to not only meet domestic demand, but also compete in the world market. Hopefully, with the announcement of the new manufacturing policy, the growth of the Indian PCB industry is likely to accelerate as many companies are likely to expand their production capacities. Electronics Bazaar did a survey in the electronics industry, particularly among the EMS and SMT companies, SMEs and other manufacturers of electronics goods, to find out the leading and the most preferred PCB manufacturers in India. The survey was conducted based on certain parameters like reliability, customer satisfaction, and intention of the user to recommend the brand and its product quality. In the survey, AT&S emerged as the first choice, followed by other manufacturers such as Ascent Circuits, Shogini Technoarts, Garg Electronics, Epitome Components, Genus Electrotech, etc (see box below). While this survey is by no means comprehensive, it does provide a glimpse into many of India’s key PCB manufacturers. We have not ranked the companies but have only listed them in alphabetical order.
Read more

Exclusive admin - June 13, 2011
0
Since the national manufacturing policy is soon to be announced, India is preparing to revamp its manufacturing setup, with the aim of emerging as a world class manufacturing hub. Realising the potential in this arena, various companies catering to different sectors, such as consumer and industrial electronics, telecom equipment, computers and solar energy, are on their way to expanding their existing facilities in India, or are planning to set up new facilities to tap the huge opportunities within the country. These activities on the manufacturing front will also boost the growth of many other sectors like tools and equipment, test and measurement devices, SMT and through-hole machines, etc. This new column will feature the companies that are setting up new manufacturing facilities in India or are expanding their existing plants. Do follow this space every month to learn more about emerging projects.
Read more 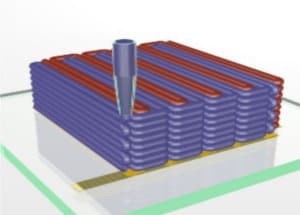 Important Sectors admin - May 16, 2011
0
The Indian battery industry, comprising automobile, sealed maintenance free (SMF), tubular and lead acid batteries, has been growing at an annual rate of 25 per cent for the last four years. The growth is mainly in the automotive segment but, significantly, also in the industrial sectors powered by usage in telecom, railways, power and other industrial applications. Presently, the battery market in India is worth Rs 100 billion, with the automotive battery segment accounting for over 65 per cent of the overall market value. While SMF valve regulated lead acid (VRLA) batteries have a share of 25-30 per cent, lead acid batteries dominate the market with a 70-75 per cent share. This growth is expected to continue in the future as well, due to growth in the telecom sector and the government’s focus on infrastructure development and renewable energy such as solar power. In addition, with the increased use of inverters due to frequent power outages and the requirement for power backup to prevent loss in productivity, the battery market is likely to surge ahead, with demand coming from manufacturing facilities, banking, insurance and finance companies, followed by IT/ITeS sector. El
Read more

Leading Organisations admin - May 16, 2011
1
Owing to the high growth in the consumer electronics, automotive and telecom sectors, and with an encouraging power scenario in India, demand for wires and cables is growing rapidly. According to the Indian Electrical and Electronics Manufacturers’ Association (IEEMA), the potential of the wire and cable industry will be worth US$ 158 billion by 2015. Wires and cables industry can be divided into four main segments—house wiring, low tension wires, high tension and extra high voltage wiring. Wires and cables find application in almost every sector, however, the major demand comes from the automotive sector, process industry, telecom and power sector, engineering, procurement and construction (EPC) companies, public sector undertakings and utilities, railways and defence establishments.
Read more
1...101102103...106Page 102 of 106 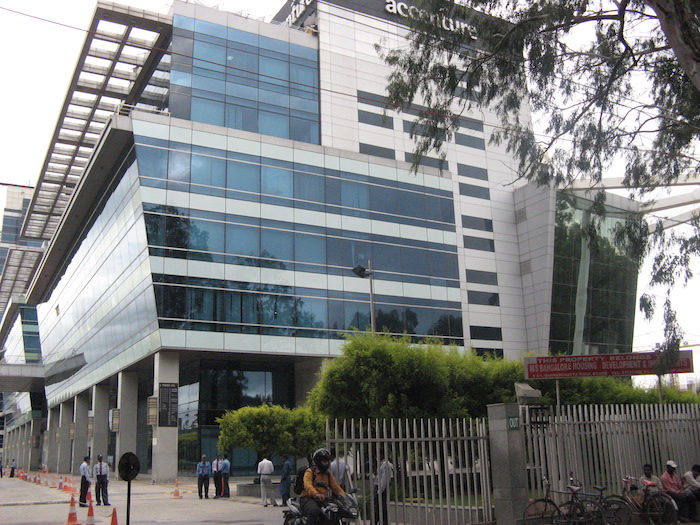